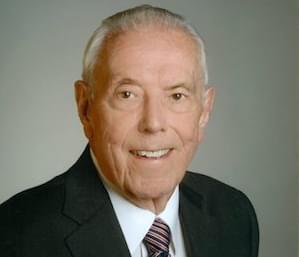 Masterplan mourns the passing of former Dallas City Manager George Schrader (1931-2020). He served as the city manager throughout the 1970s during the tenure of Masterplan’s founder on the Dallas City Council.

Masterplan CEO, Dallas Cothrum, noted, “Schrader will be remembered for his considered and profound vision for Dallas; he sought the best for the city and looked to the future while also taking care of the day to day needs of citizens The people of North Texas enjoy his accomplishments daily with the growth of DFW Airport and the Dallas Arts District.”

He also was a leading force in the development of downtown in the late 1970s and early 1980s. The area saw the Reunion Arena and Hyatt Hotel projects as well as a new city hall and downtown library.

Following his retirement from the City of Dallas, Schrader often worked with Masterplan on development projects with his firm Schrader & Cline. Regularly the firms worked together on complicated projects needing economic incentives and a change of zoning.

Schrader had been living at a Masterplan project, The Tradition-Prestonwood, prior to being hospitalized.

Masterplan (www.masterplantexas.com) is a privately held business based in Dallas, TX that specializes in assisting businesses, individuals, utilities, and government agencies regarding all matters of land use. The firm is celebrating its 40th year in business in 2021. Masterplan specializes in zoning changes with locations in Dallas, TX; Houston, TX; Frisco, TX and Austin, TX. We routinely handle Planned Development Districts, Conditional Use Permits, Special Use Permits, and all zoning matters. Likewise, we assist in expediting building permits across the state of Texas as well as assist with building code issues. Let our experience be your success. Masterplan’s related company, LaBarba Permit Service (www.labarbapermitservice.com), was founded in 1965 and specializes in obtaining approvals from the Texas Alcoholic Beverage Commission (TABC).