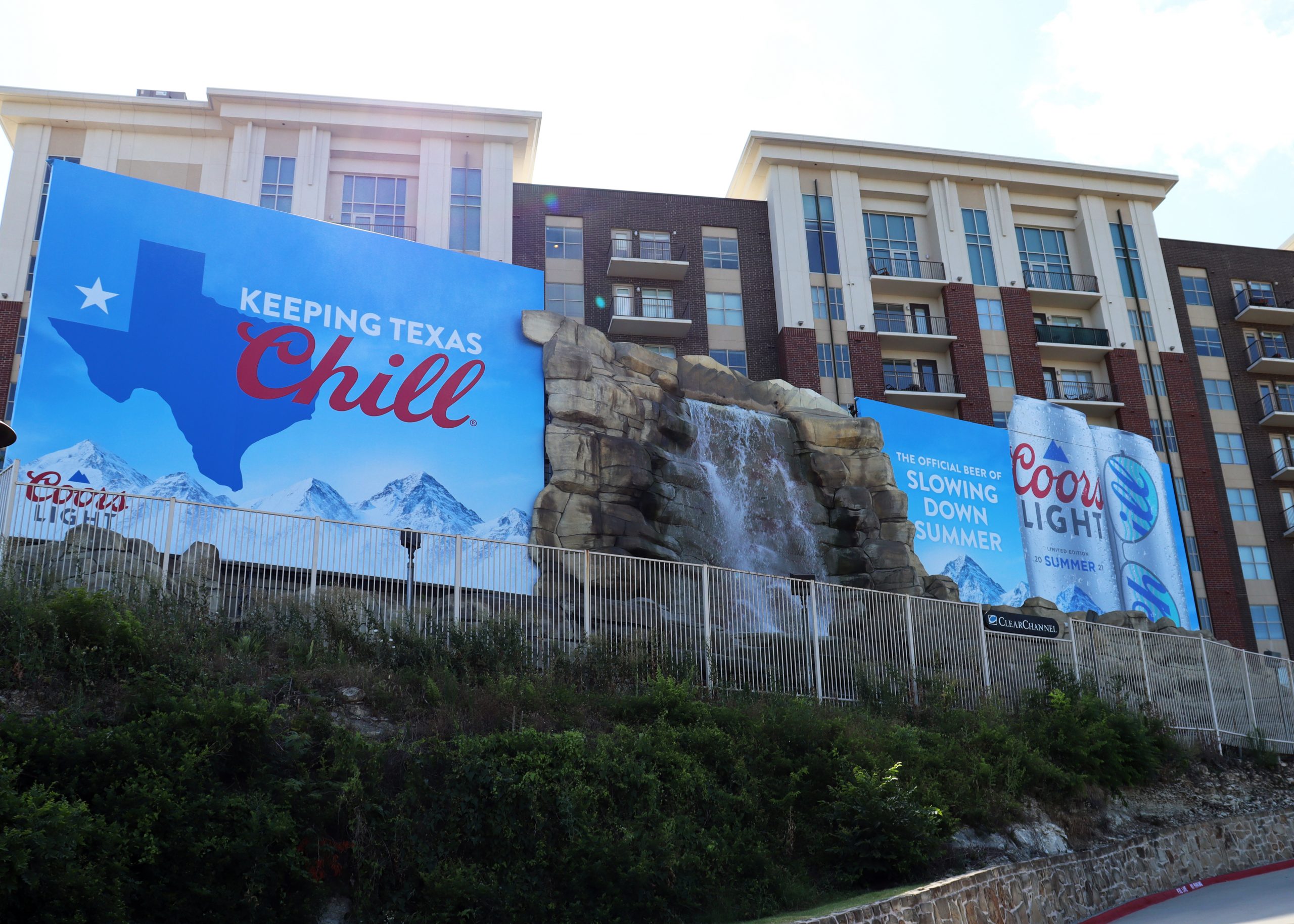 Out of all the historic landmarks in Dallas, I’m sure the first one you think of is the waterfall billboard off I-35.

Built in 1962 for Pearl Brewing, the waterfall billboard remains the most recognized off premise advertising sign in North Texas. The Dallas Morning News noted, “There are few more familiar and enduring landmarks than the waterfall billboard on Dallas’ Stemmons Freeway.” Today, the sign features Coors, but in the past it has advertised brands such as Topo Chico Hard Seltzer, Absolut Vodka, and Salem Cigarettes.

In 2008, Masterplan successfully represented Clear Channel Outdoor, the sign’s owner, in gaining Dallas City Council approval as an extraordinarily significant sign. The city has a moratorium on new signs and limits construction and improvements on existing signs. Masterplan’s efforts ensured the sign will remain in place and allowed it to be expanded and improved.

The sign’s visibility on Interstate 35 is noteworthy and presents a commanding image on top of Goat Hill. At 45 feet in height, the waterfall cascades a significant length into a pool below where the water is recirculated. Every day, a whopping 1.5 million gallons of water courses down the waterfall.

Local advertising firm Tracy-Locke was the brains behind the sign for Pearl Brewery.  At the time the sign was the largest for beer in the world. The sign has also advertised tobacco products. Longtime residents of Dallas may recall that the sign shared Goat Hill with Baby Doe’s Restaurant, though it has been replaced by a multi-family project. Likewise, in earlier years the water would often be dyed either orange or red for the winner of the annual Texas-Oklahoma football game also known as the Red River Showdown.