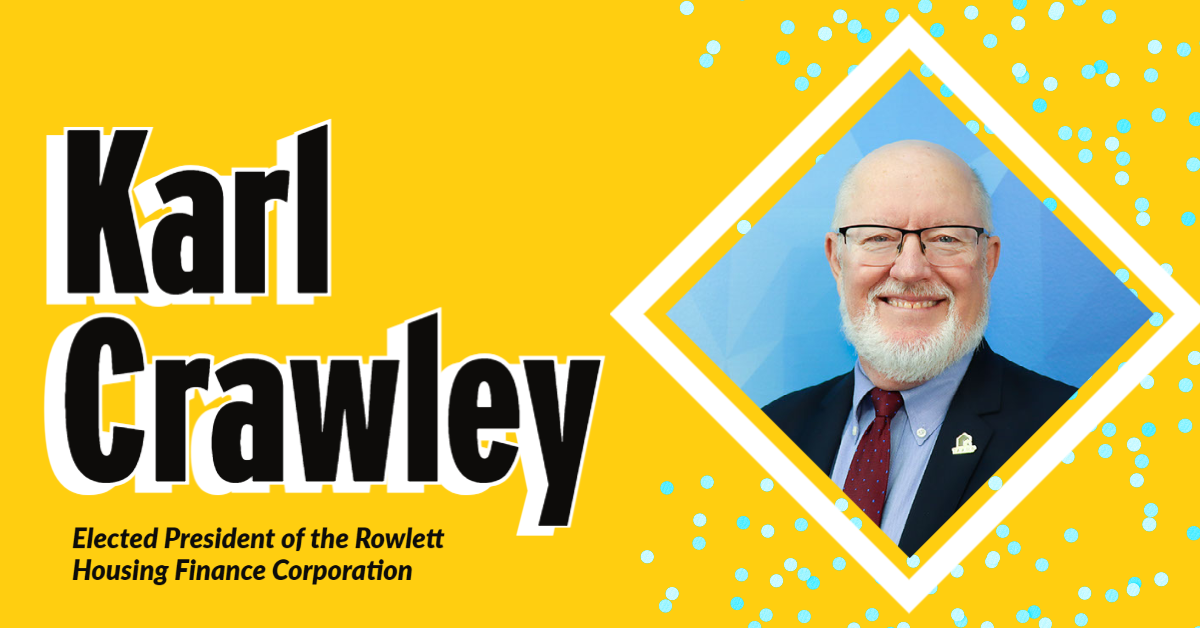 Masterplan’s very own, Karl Crawley, was elected President of the Rowlett Housing Finance Corporation (HFC). Karl has been a Masterplan employee for 23 years and became President of the company in 2005. He says his most rewarding project to date is One Dallas Centre, a large residential plan on McKinney Avenue in Dallas, Texas that took a year to get approved. It is now a nice piece of architecture and excellent development. Karl claims the secret to his success can be attributed to listening, understanding the different pathways to victory, and maneuvering to reach that path.

In his role as President of the Board of Directors at Rowlett HFC, Karl signs documents, conducts the monthly Board meetings, and works with developers and the Rowlett City Council to create economical housing. He became involved in Rowlett HFC because of his two passions in his work: education and affordable housing. When the opportunity arose, Karl asked to be appointed to the Board. Karl believes Rowlett HFC is important because it provides education along with safe, quality housing, which are the two major components in helping someone achieve their goals in life. Karl’s efforts with area school districts assist in achieving the first step, while his service with Rowlett HFC supports the housing aspect. This allows the individual or family to concentrate on other predominant issues in their lives. Karl likes to refer to the housing that Rowlett HFC supplies as “essential worker” housing. These are the people that are needed on the front lines of our economy; they made the deliveries, stocked the shelves, and kept us safe and healthy throughout the pandemic.

Before beginning his career at Masterplan, Karl studied at Texas A&M University then went on to be a Land Development Project Manager at General Homes, and later a Senior Zoning Planner at City of Dallas. In his free time, Karl enjoys woodworking, tending to his chickens, and being involved as an Elder at his church. Regarding his position at Masterplan, helping people solve their problems and being an integral part in project completion are some of his favorite facets of his job. Karl’s advice to someone starting out in planning is to learn to listen, understand the process, and realize that everyone in the process plays a key role. We are extremely proud of his many ongoing accomplishments!