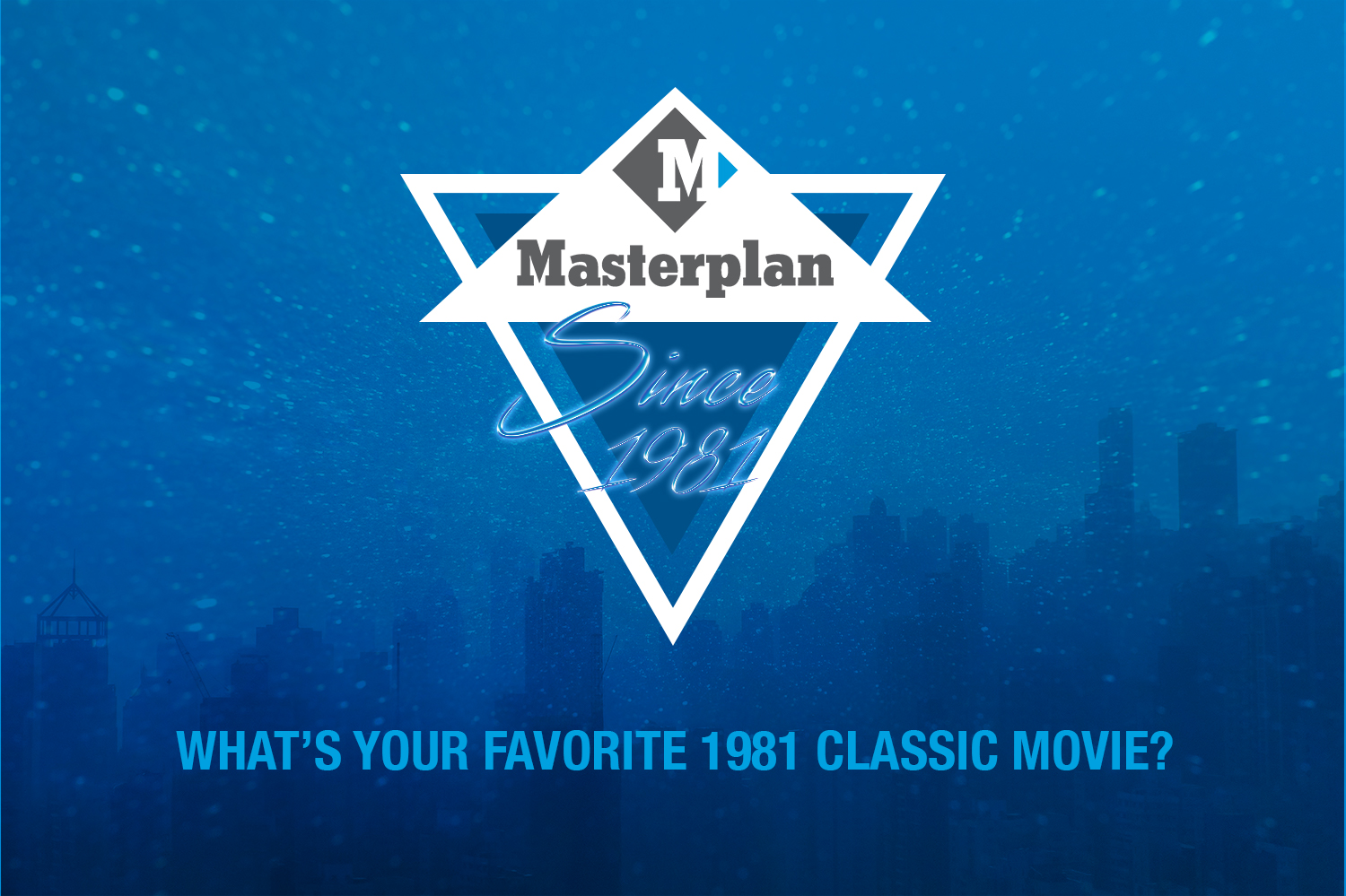 Although film production has come a long way since 1981, the top grossing movies from this year are still some of our favorites. For our fourth week celebrating Masterplan’s 40th anniversary, we want to know, which of these movies did you ‘veg out’ to back then?

1. Indiana Jones and the Raiders of the Lost Ark

This action-packed story ended up becoming the highest grossing film of 1981. Archaeologist, Indiana Jones, played by Harrison Ford goes on an epic adventure defeating Nazis on a hunt for the Ark of the Covenant.

Do you prefer DC or Marvel comics? In Superman 2, Christopher Reeve battles terrorists and even villains from planet Krypton. However, he’s also having a battle with himself as he wishes to lead a normal life with girlfriend, Lois Lane.

This classic film stars three of our favorite 80s actresses: Jane Fonda as Judy, Lily Tomlin as Violet, and Dolly Parton as Doralee. Throughout the film, we see the challenges the women face with their sexist boss as they get into some pretty silly situations trying to rebel.

After getting dumped and fired, John Winger, played by Bill Murray, decides to join the Army. Little does he know how much trouble he’s going to cause!

The extremely wealthy Arthur Bach, played by Dudley Moore, finds himself making a tough decision between love and money when he’s forced to choose between an arranged marriage and the love of his life. Let’s hope he makes the right choice!

For the finale of our anniversary 80’s posts, look out for next week’s post on the most popular songs of 1981. Click this link to see Masterplan’s IMDb watchlist. We hope this made you want to watch your favorite 80’s film!