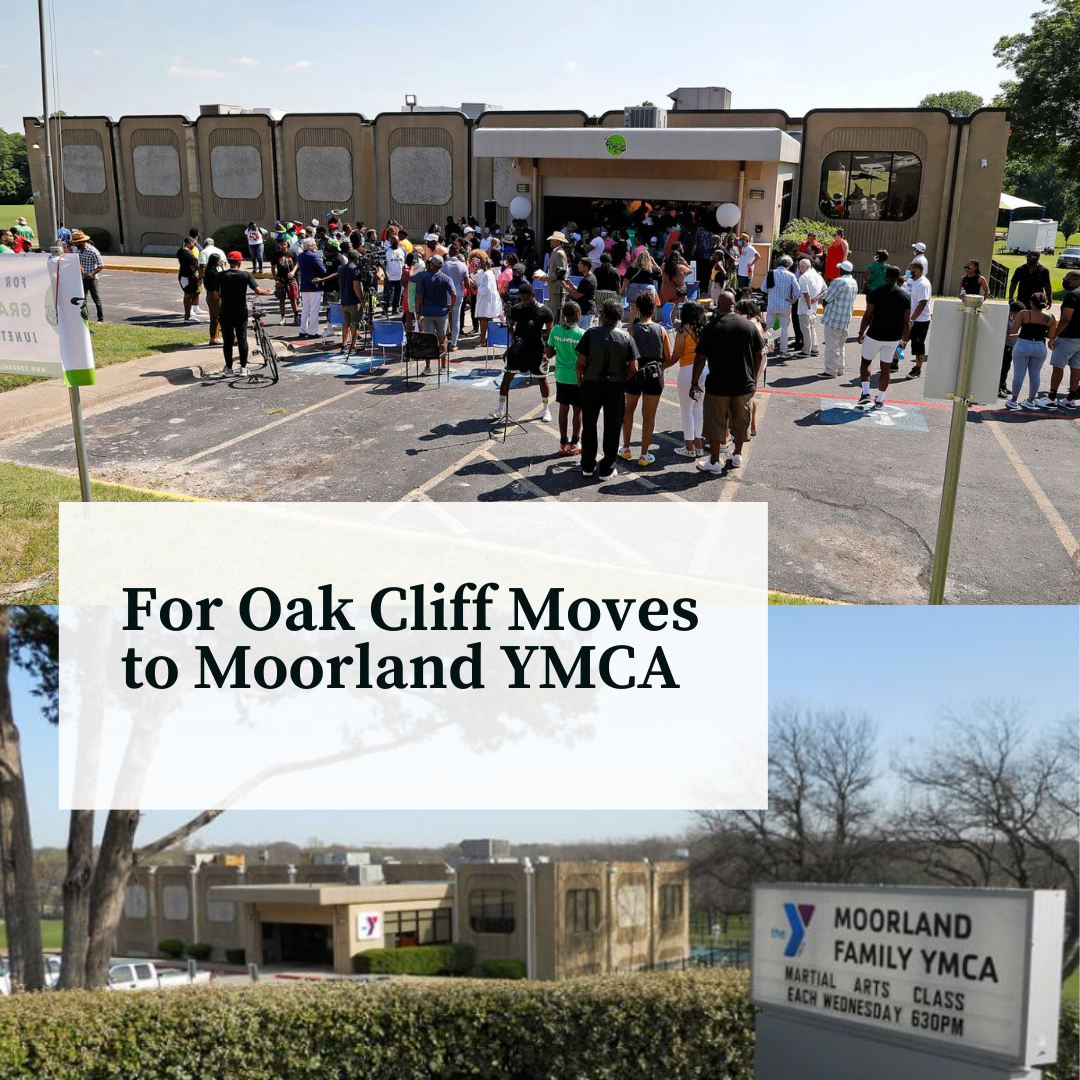 For Oak Cliff welcomed in its new home at their grand opening held on Saturday, June 19. The For Oak Cliff organization was founded by Toynes and Xavier Henderson and works to better the community of Oak Cliff by providing resources such as GED programs, food drives, and enrichment for grades K-12. Starting as a way to give students the resources they need, For Oak Cliff continues to use the four pillars of education, community building, advocacy, and art to encourage change. The grand opening was a huge success with over 300 people in attendance and several different food vendors.

The ten-acre, 20,000 square foot lot is five times the size of For Oak Cliff’s previous campus and will allow them room to grow their programs and functions since the original space was very small. The organization also plans to sublease some areas of the new campus to other nonprofits, those trying to start small businesses, and others looking to help the community. For Oak Cliff’s new location will include a food pantry, community garden, and movie theater. Outside there will be walking trails, a sand volleyball court, a fruit orchard, as well as a field and event area.

Formerly the Moorland YMCA, the Y felt that the building was not being utilized efficiently and wanted it to be used by an organization that would continue to develop the area. Consequently, the YMCA board felt that For Oak Cliff would do the best job of that. Masterplan Account Executive, Wes Hoblit, played a role in reviewing the deal with the properties board, deciding which was most beneficial, and what the deal would include. We are proud of the YMCA for striving to better this community and are excited to see the positive impacts that For Oak Cliff will have moving forward.