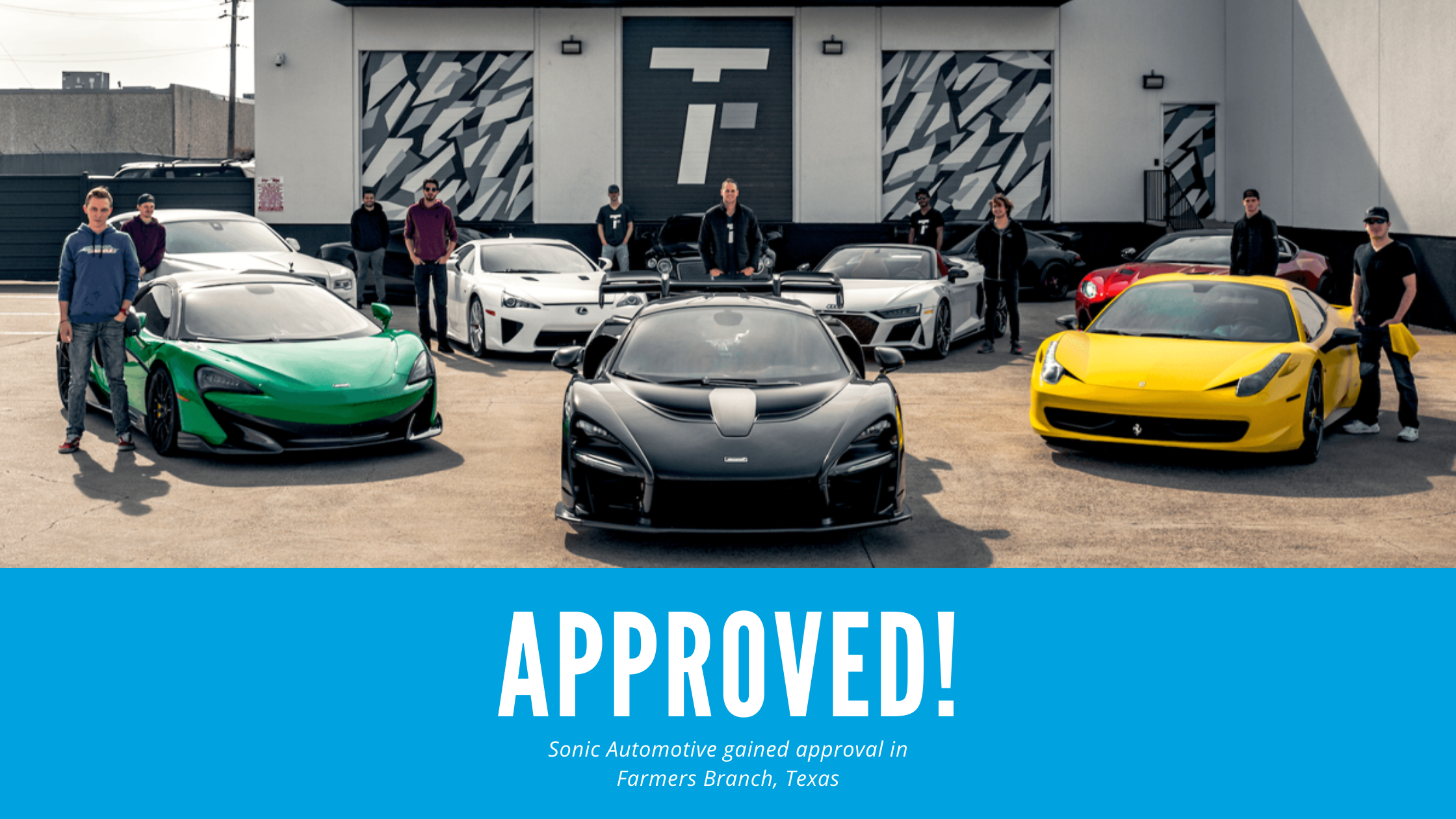 Tactical Fleet, owned by Fortune 300 company Sonic Automotive, is on a winning streak. Working with Masterplan, their specific use permit and zoning approval for inside auto sales were both approved by the City of Farmers Branch allowing them to move into the space and start selling vehicles.

Tactical Fleet sells high-end, exotic, and luxury brand vehicles and provides climate-controlled storage services. Their new site located at 14325 Gillis Road, Ste. 100 in Farmers Branch, Texas, is being developed by Sonic Automotive. Sonic Automotive is one of the largest automotive retailers in the United States and represents over 20 new vehicle brands.

Although the location had been vacant for some time and was functionally obsolete as a warehouse, there was resistance from the City of Farmers Branch for Tactical Fleet to move into the space. The automotive usage did not meet the guidelines for the area as set out in the area plan. For municipalities like the City of Farmers Branch, this is a common concern because there is heavy emphasis placed on restaurants and entertainment. When provided with usage studies and tax benefits, however, many municipalities and the people within the community stand to benefit greatly from bringing in companies from the automotive, storage, and industrial industries.

The Tactical Fleet project is bringing positives to Farmers Branch. In addition to filling a long-vacant space, they have promised significant site improvements. It will feature changes to the landscaping including the addition of ornamental trees along Gillis Road, increased area, along with added shrubs, grass, and artificial turf. As far as infrastructure, the 98,000 square foot adaptive re-use will have 183 vehicle bays for storage, 15 vehicle lifts, and 60 additional parking spaces in the parking lot.